The Importance of regular school attendance

Regular attendance at school is vital to help children achieve and get the best possible start in life.

Good attendance at school shows potential employers that a young person is reliable. Young people who are frequently absent from school are more likely to become involved in, or be a victim of crime and anti-social behaviour.

Your responsibilities as a parent

All children aged between 5 and 16 are required by law to receive an education, and it is the duty of parents and carers to ensure that they are supported to do so.

Children sometimes have to miss school because of illness or if they have long term medical issues. If this is the case, parents should contact school the same day before 9am to let them know the reason that their child is not in school.

Changes to government legislation from 1 September 2013

From 1 September 2013, a change to government legislation means that schools are no longer allowed to authorise requests for children to be taken out of school for a holiday during term time.

Requests for leave can only be granted by schools if there are exceptional circumstances, and holidays are not considered exceptional. Requests for leave must also be made to the school in advance, as the Department for Education has told schools that they cannot authorise any absences after they have been taken.

A penalty notice is a fine to parents or carers if they fail to ensure that their child/ren attend school regularly. Leeds City Council is responsible for issuing penalty notices on behalf of schools in the city.

Penalty fines are £60 per child per parent if paid within 21 days, and £120 if paid between 22 and 28 days. If the fine is not paid, parents will be reported for prosecution.

Nursery attendance, and sometimes Reception attendance, is too often for individual children far less than 95% because some parents continue to believe that their child’s absence doesn’t matter and the children “only play!”

What we know is that it does matter – because poor attendance habits start in Nursery and Reception.

In the short time that they are in our EYFS, children who accumulate poor attendance are simply not here enough to fully access school life or to receive the full benefit of good and outstanding teaching.

The effects of poor attendance mean that a child is on permanent ‘catch up’, all efforts to help that child are undermined by the next absence because within days, that child is back on ‘catch up’ again through more missed time. Academically-able children with poor attendance may do reasonably well but they do not achieve everything of which they would have been capable had their attendance been good. Less academically-able children with poor attendance, who might always have needed extra teaching time, are at a further disadvantage.

Our target this year is 97% attendance from Nursery on wards – for us, it isn’t about whether a child is statutory school age or not – it’s about every child accessing their entitlement to a really good education, and building their learning year on year.

The majority of parents ring us on the first day of their child’s absence and return them to school as quickly as possible.  Of course, we understand about chicken pox and other infant ailments that must keep a child away from school, but “A day off!“, ”Too tired!”, “Had a cough!” also accumulate.  Be kind but firm, and bring your child to school!

In this school, children are taught well and we care about their progress and well-being, but every child needs to have good attendance from Nursery on wards to get that full, winning combination. 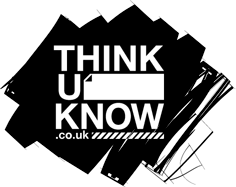